How to Pet a Dog: What You Need to Know

Do you know how to pet a dog, and do dogs like being pet? Chances are you think you do (and they do) — and you may be right — but the way you pet a dog is more methodical than most might think. Whether you’ve owned dogs all your life or are thinking about becoming a dog parent, it’s actually very important to know that there are right and wrong ways to pet a dog.

You might be second-guessing now whether petting a dog is a good thing or not. Do dogs like to be pet, or do they not? The answer depends on the dog itself and what mood they are in. Dogs will tell you with their body language whether or not they want to be pet. All dogs like to be pet, but they should be the ones to initiate the petting.

Why Is Proper Petting Important?

It’s always best to be prepared to know both whether a dog wants to be pet and where. While it may seem simple, there are many ways to pet a dog, and depending on its preference, the wrong sort of petting can make dogs nervous or scared.

That being said, this is why paying attention to a dog’s body language is so important. Body language is a window to how the dog is feeling at any given moment. Even if it’s a dog you know and love, it’s always best to know what they’re saying with their body language and to respect it. 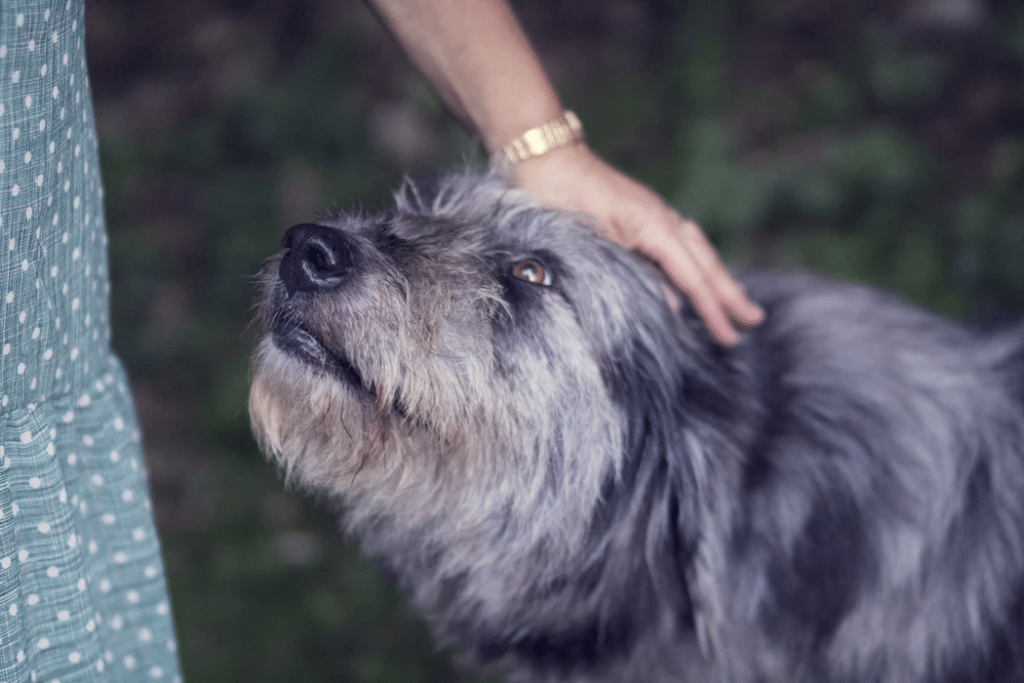 According to Hill’s, “if a dog wants to be pet, he will sniff you, and then his ears and other parts of his body become relaxed. When he starts to wiggle a little bit or nuzzle up against you, that’s your sign that he’s ready for a good round of petting.”

You will know if a dog is friendly because he will hold his ears back slightly with his tail out in a wide, sweeping wag. Keep in mind that when a dog is sniffing you, it’s not necessarily an invitation to pet him — this is his way of collecting information about you. If a dog seems jumpy or nervous, or if he backs away, do not pet him.

However, VetStreet states, if the dog “exhibits a loose, wiggly body posture with relaxed eyes and mouth as he moves toward you or if he initiates brief eye contact, he is most likely indicating friendliness and a desire for interaction.”

For the most part, Hill’s states, dogs do like to use petting as a way to bond with their owner. Why do dogs like to be petted? Paws for People states that it has been scientifically proven that interaction with a gentle, friendly pet has significant benefits for both humans and dogs. Just be sure that when you pet your dog, it pleases him and helps him feel calm and safe.

Here’s another answer to the question of “Why do dogs like being pet?” It’s not just for bonding between owner and dog — it’s also great for socialization. Allow others to pet the dog, especially if it’s a new puppy. If you’re able to, it’s great to take your pup to socialize with other dogs and people, thus reducing his anxiety of strangers and other pups.

What to Do Before You Pet a Dog

Can you pet the dog? The answer depends on his body language.

The first step, of course, is to read the dog’s body language. Does he seem relaxed, tail wagging, and friendly? Or is he tucking his tail, acting jumpy, pinning his ears back or growling? Ensure that the dog is telling you it is ready to be petted before you begin.

Another important thing to keep in mind before petting a dog is that you should always ask his owner for permission to do so. The owner knows his dog best, and the dog might be friendly or timid. Do not just run-up to a strange dog and begin petting it. First, ask the owner, “Can I pet your dog?”

If the owner agrees, don’t just reach out and immediately touch the pup. Squat down to his level, or with a reserved or fearful dog, turn to the side to make yourself less threatening. Coax with your voice and allow the dog to sniff you. Always avoid hovering over the dog when greeting him, because this can be perceived as a threat.

Now, you can begin hand petting the dog. Pet him slowly in areas where he is comfortable being touched. Dogs who enjoy being pet, especially in certain areas, will usually lean toward you or actively seek contact with you when you stop petting him, according to VetStreet. 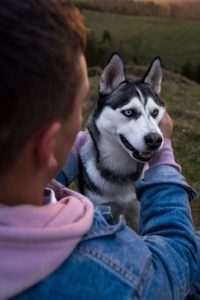 Your next question is most likely “Where do dogs like to be pet?” According to Hill’s, most dogs are comfortable being pet on the chest, shoulders, and the base of the neck. In fact, this map of “a guide to a dog’s sweet spots” is a pretty helpful visual guideline to help you learn where your pup may like being pet. And if your dog rolls on his back, it’s likely an invitation for you to scratch his belly.

It’s not always a one-size-fits-all, though. Some dogs might have specific spots where they like being pet, such as under the chin or on the back of the neck near the collar. Others might not wish to be pet in the same spots that it’s generally assumed most dogs do. Always consult the dog’s body language and immediately stop petting if the dog does not seem happy with being touched in a particular area.

Hill’s also states that “most dogs dislike being touched on top of the head and on the muzzle, ears, legs, paws, and tail.” To make the experience calming and enjoyable for your dog, stick to slow petting, massaging, and light scratching in the areas he enjoys being pet.

Petting should be calming and therapeutic for both dog and person. Studies show that talking to and petting a dog can actually lower blood pressure, too, so it’s mutually beneficial. Enjoy petting your pup!