Types of Siamese Cats You Can Take Home

Siamese cats are, perhaps, one of the most beautiful and sophisticated cats on the planet. Best known for their svelte, unique appearance, Siamese cats are wonderful little critters.

While the most common color pattern to emerge in Siamese cats is silver-gray with blue eyes, their coats can also range from orange, cream, brown, and so many more. But there’s so much more to Siamese cats than their unique appearance and fancy coats!

For instance, did you know that Siamese cats are one of the earliest breeds of tamed cats on the planet? Today, we’re going to explore the types of Siamese cats you can bring home and how to care for them.

If you are planning on bringing home a Siamese cat, it’s important to know that they are chatty and stubborn. They will let you know exactly what they want, in a raucous voice, and they expect you to act on their word. Siamese cats are remarkably attached to their family. They will accompany you around the house and monitor your every move.

If cohabitating with a talkative animal would drive you mad, do not get a Siamese. At the same time, if you appreciate having someone to chat with, Siamese cats can be amazing friends. Siamese cats do not like to be alone for extended periods, so be sure to set some time for them or plan ahead if you’re planning on going away for long periods.

Despite their tenacious personality, Siamese cats are extremely smart, athletic, and enjoy playing with other pets and humans. Be sure to keep her energetic brain busy and her body exercised with toys. The lively and friendly Siamese is an excellent choice for families with children and dogs.

Siamese cats are prone to varying health problems that may be genetic. Some of those complications include:

While there are many variations of Siamese cats, you will find that they all fall under the same two types – traditional Siamese and modern Siamese. Differences are based on appearance and features, rather than character or temperament. Let’s take a look at a few Siamese cats that will make a great addition to your home. 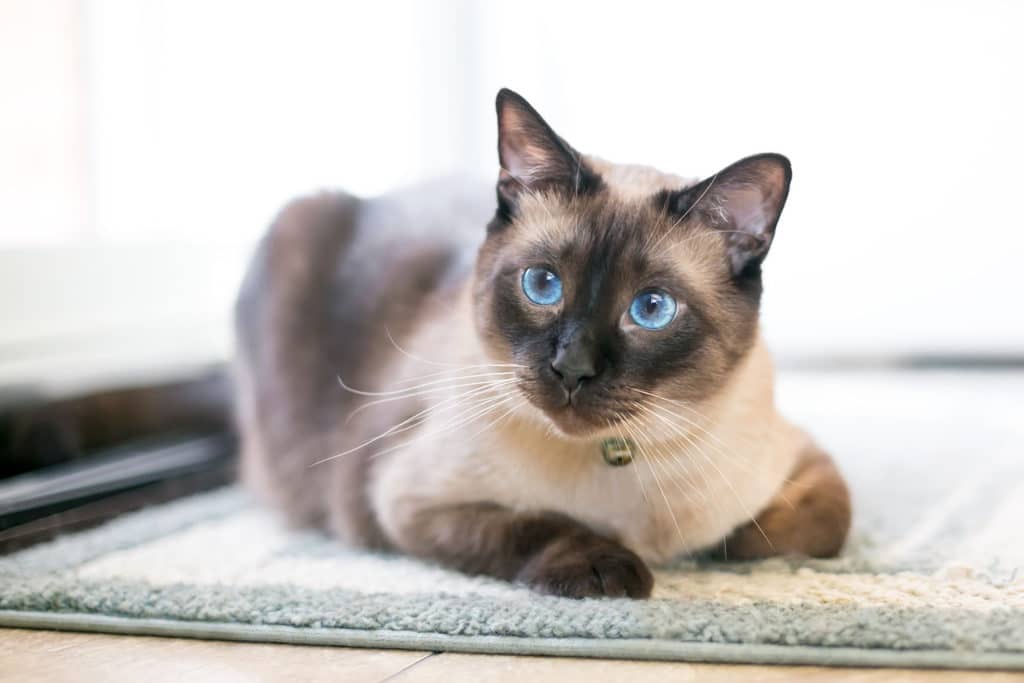 The seal point Siamese can be easily identified by his light-brown coat, which tends to blacken with time. The color pattern of the Seal Point is thought to have originated first among the Siamese species. Furthermore, the fur on his belly is usually lighter than that on his back. 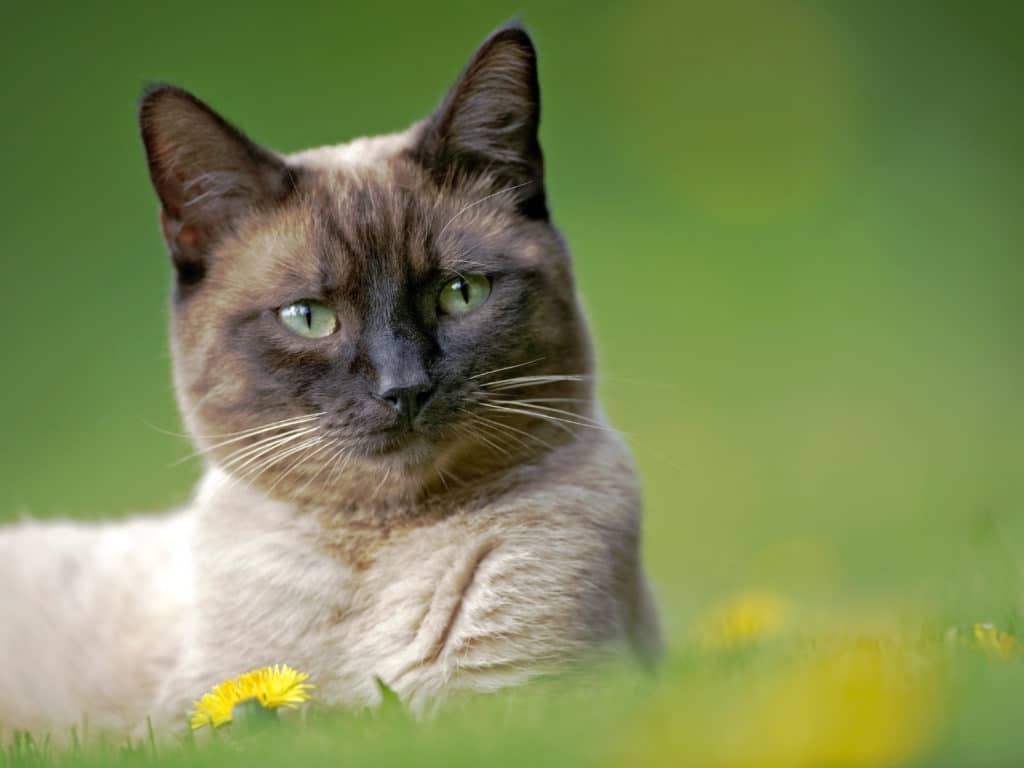 Chocolate Point Siamese cats are identified by their brown markings and cream-colored coat, which remains light during the entirety of their lives, as opposed to Seal Points, which change with age. They also display a lighter fur color on their belly and a pink undertone on their noses and pads. 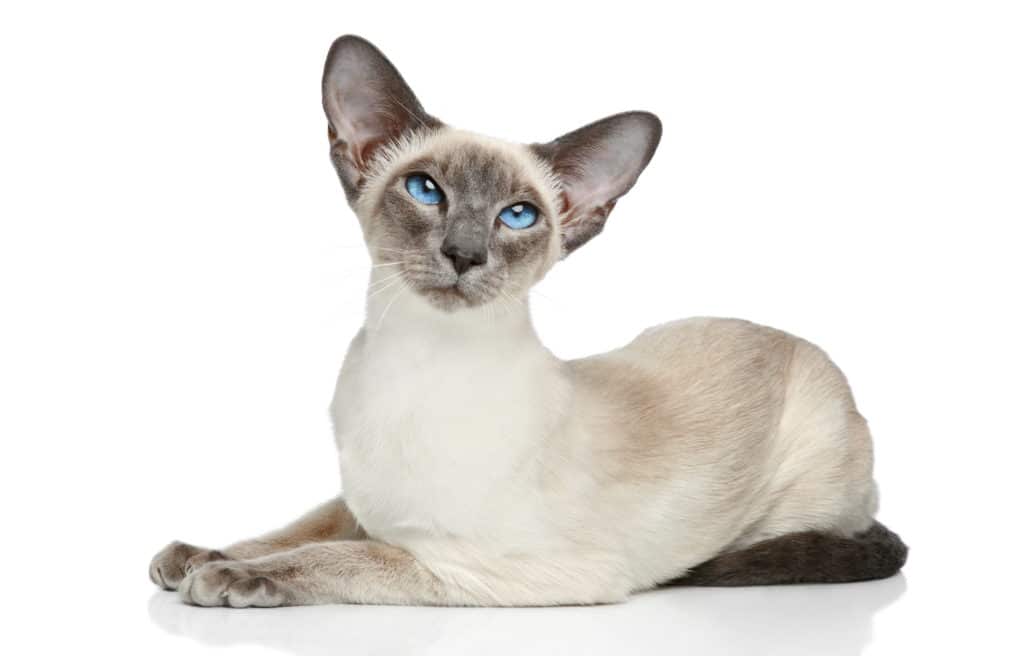 Most of us haven’t been blessed enough to see a Blue Point Siamese cat in real life. As the name hints, the Blue Point Siamese features a bluish fur on his ears, face, and sometimes the tips of his tail. In addition, there’s also a bluish hue atop his creamy fur, and in some instances, under his stomach as well. 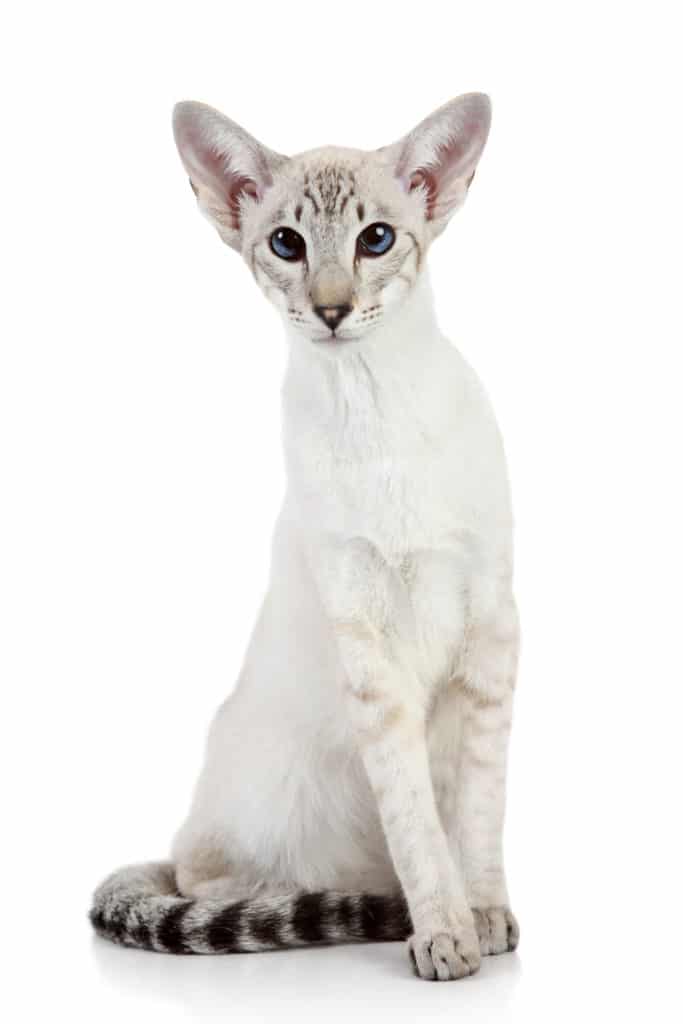 Lilac Point Siamese have light color bodies and pinkish grey points. This variation makes them the lighter version of the Chocolate point. Fun fact: Lilacs are the lightest of the four main breeds. Furthermore, unlike the Seal Points, their coat remains light throughout their lifetimes.

Aside from the four types of Siamese cats we discussed earlier, many more variations have been produced by selective breeding. Siamese cats can also be distinguished by their shape. The traditional Siamese often called ‘Applehead’ is larger and has a rounder head and more prominent eyes while the modern Siamese has an unusual angular head.

Caring for Your Siamese Cat

Grooming your new cat is easier than you might have expected. The fine coat is easily manageable with regular combing to remove dead fur and spread skin oils. As a Siamese parent, brushing your kitty’s teeth to prevent periodontal infection is also something that shouldn’t be overlooked.

If you are serious about getting a Siamese cat, remember always to keep them indoors to protect them from attacks by other cats or other animals. Also important and not uncommon, Siamese cats who wander outside are at risk of being taken by someone looking for such an exquisite cat.

If you are contemplating adopting a Siamese cat, you should know which type of this dazzling and spirited feline best suits your lifestyle. Loving with family members, this kitty enjoys chatting, so be sure to be ready to engage in some lengthy discussions with him.

Playtime is also a necessity for your new Siamese cat, so get some toys that will help them exercise and have fun at the same time. This will keep them fit and allow you to spend quality time together.

Note: While the personalities stated above may often describe Siamese cats, it’s important to keep in mind that cats are individuals as well and are prone to mood changes and even anxious feelings. Consult your local adoption institution for more details on the one you end up choosing.

It's safe to say most iguanas are Caribbean.🌴

Secrets to stop your cat from scratching furniture

Don't get it twisted; this human is my pet!

Read this if you want to overcome your cat's anxie

Got to love hamsters 🐹

Want a new pet? Get a Guinea pig!

Is this chicken I smell, human?