The Ultimate Guide for the Cutest Cat Breeds

Who doesn’t love a cute cat, or better yet petting a friendly kitten? While most felines are fetching in their own way, there are a few that tend to stand out.

From unique markings to fabulous coats and charming characters, check out these cute cat breeds and discover a little about their personalities. Ranking them is entirely up to you. Ready to see some cute cats?

Myths and legends circulate the Maine Coon cat. Sometimes referred to as gentle giants, these cats might be intimidating until they get to know you better. This big cat has a rugged coat made from three separate lengths of fur. It also has a long, fluffy tail, and large plumed paws for hiking on snow. 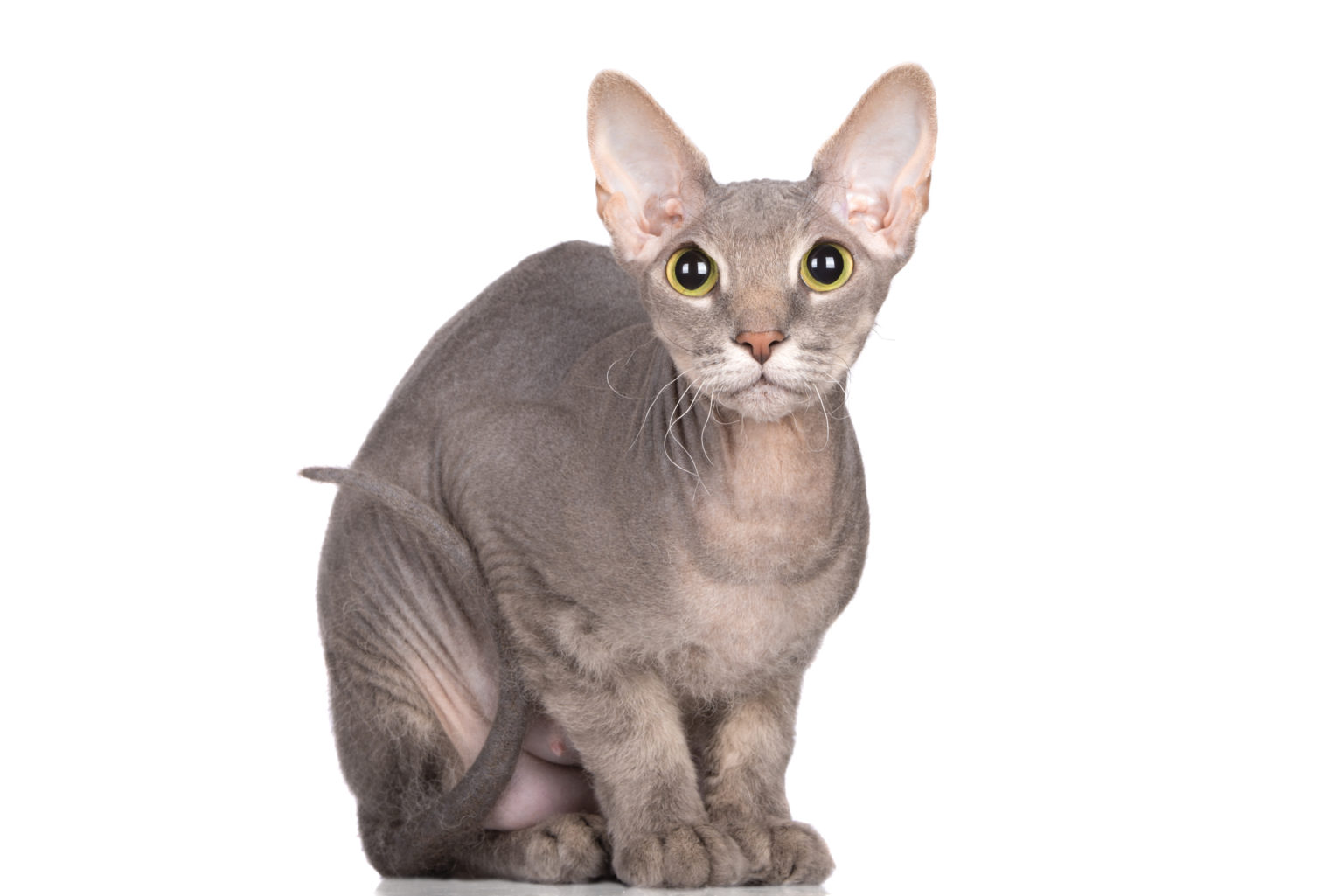 The Sphynx is best known for its hairless appearance. What this cat lacks in hair, it makes up for in personality and intelligence. Some owners have compared them to monkeys for being active and bubbly. These cats will require your full attention as the absence of hair calls for regular bathing sessions. 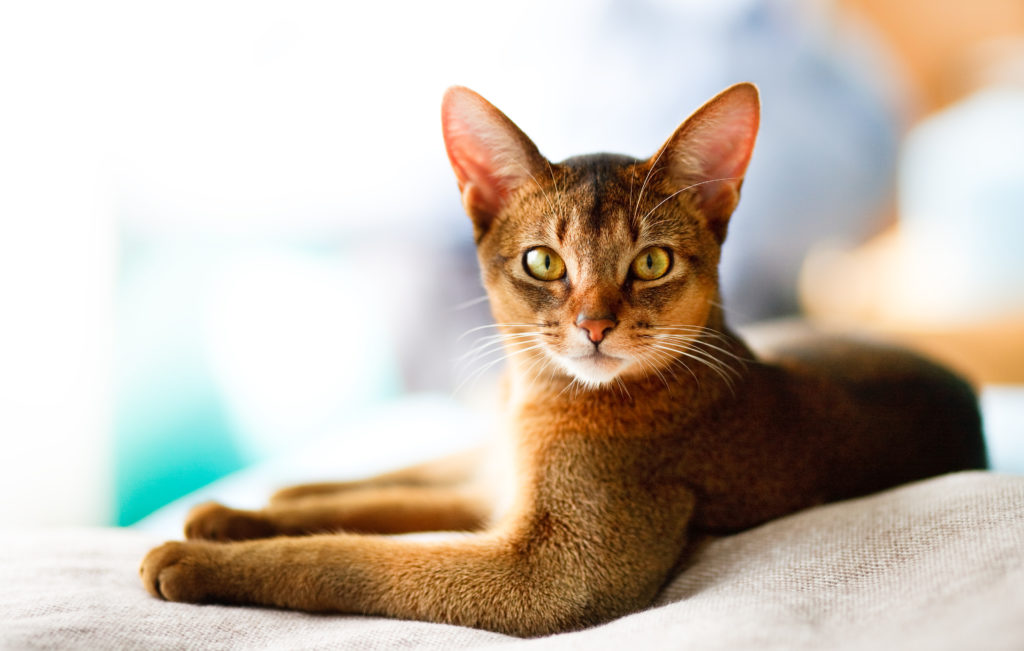 The Abyssinian is a majestic-looking cat and one of the earliest known breeds. This cat is distinguished by its brawny body, bowed neck, and big ears. You may have seen a few paintings or carvings of ancient Egyptian cats that resemble the Aby. Fun fact, the Aby first made its appearance in America from England in the late 1800s. Loyal and friendly, the Aby makes an exceptional pet. 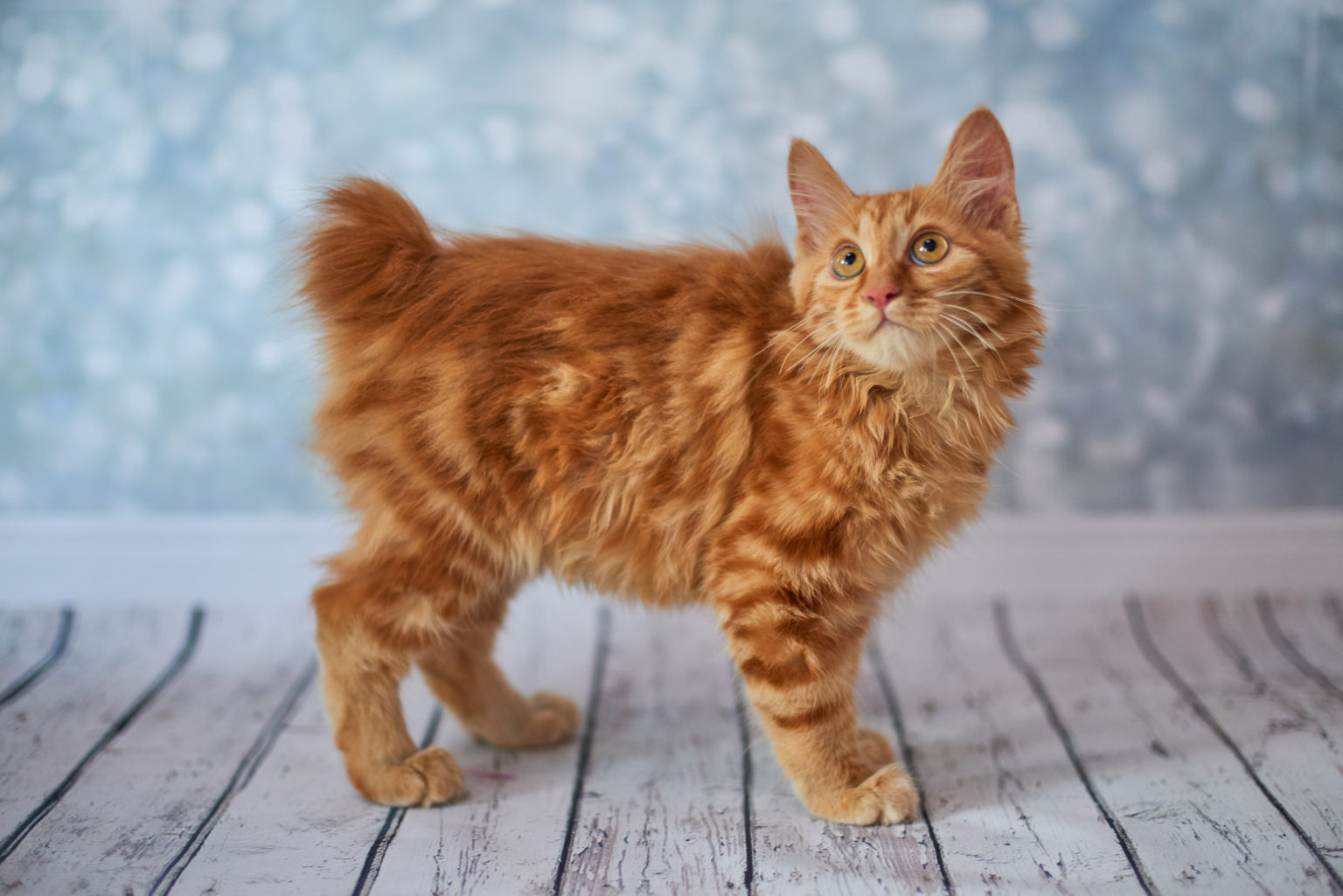 Generally known for its wild appearance, the American Bobtail is a loving, spirited, and intelligent cat. They are medium to large cats, distinguished by their boxy bodies and diamond-shaped heads. They are very interactive cats that enjoy bonding with their humans. They can both entertain through their amusing behavior and provide a warm, soft shoulder to cry on in times of sorrow. Overall, these adorable cats make great pets and enjoy playing games with dogs as well. 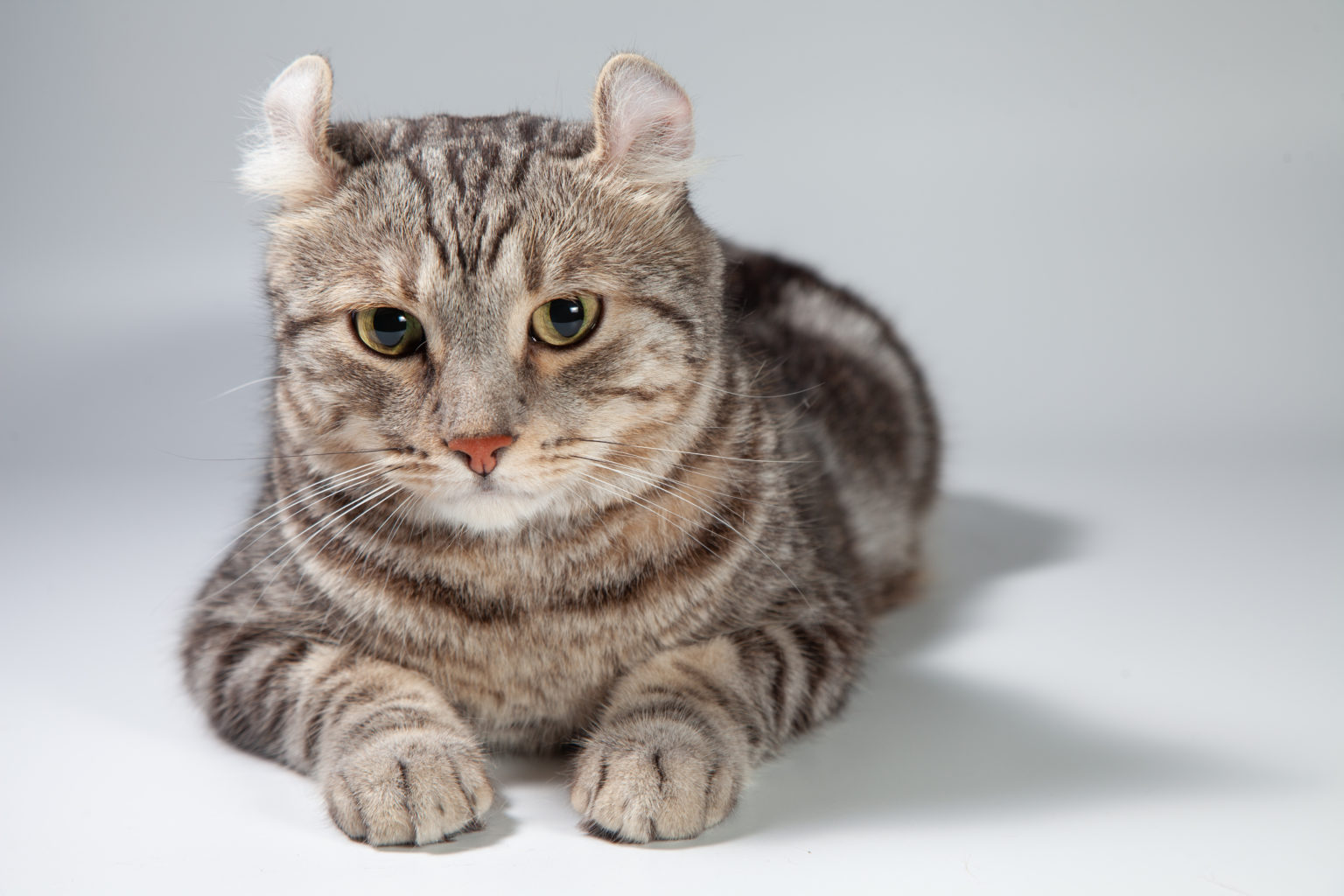 The “Curl” in this cat’s name doesn’t refer to its hair. “Curl” refers to its rare backward-curling ears, which give it a unique look. According to Vetstreet, the American Curl first made its appearance in America in the early 1980s and is very friendly. 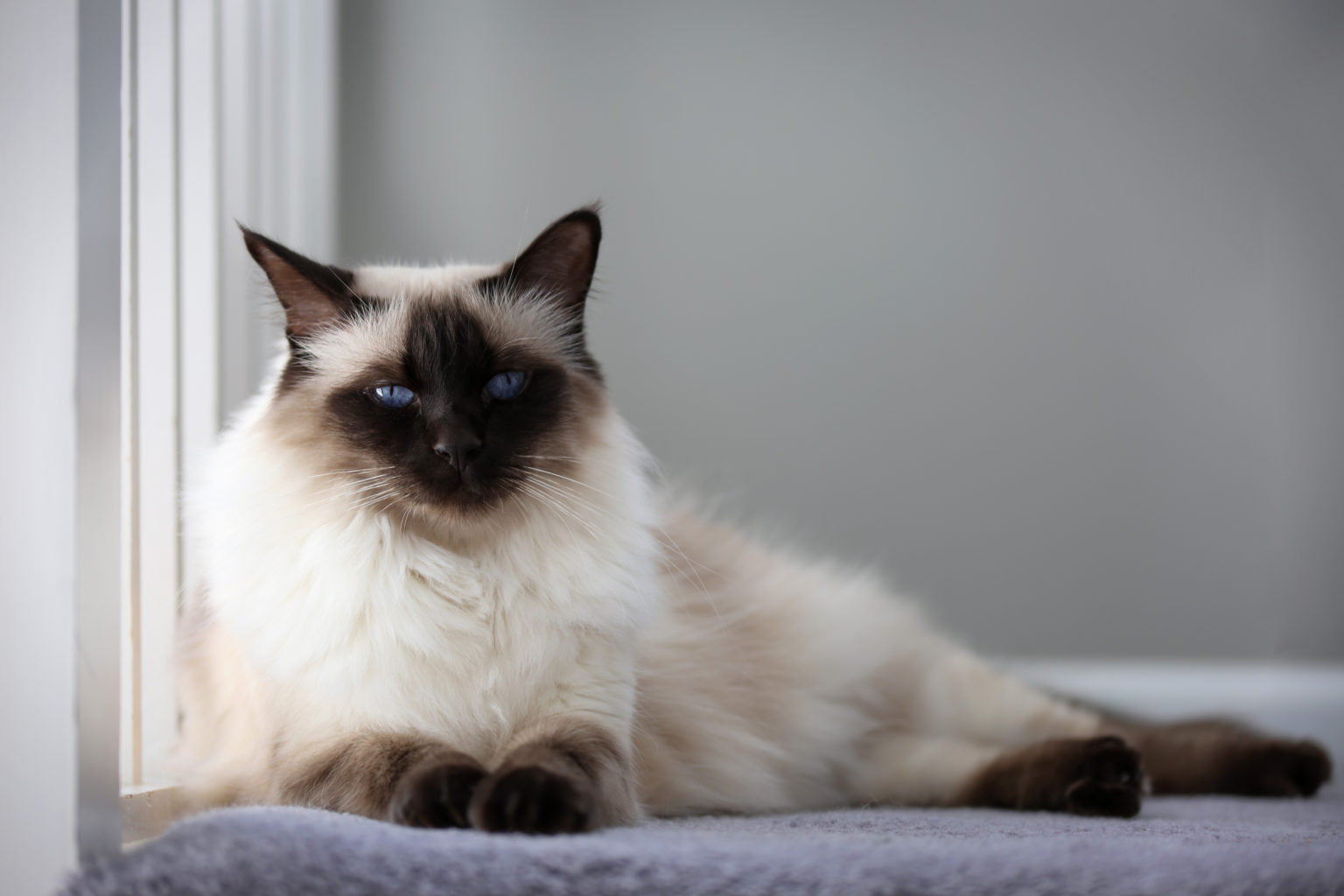 The Balinese isn’t as popular as the Siamese. The two share a similar body type, coat color, and dazzling blue eyes; the main distinctions are that the Balinese has a silky coat and its tail forms a lovely plume. Grooming this cat is easy because the coat does not mat, which is ideal if you lead a busy lifestyle. Even though this cat looks majestic with its striking blue eyes, it’s known for being goofy and cheery. 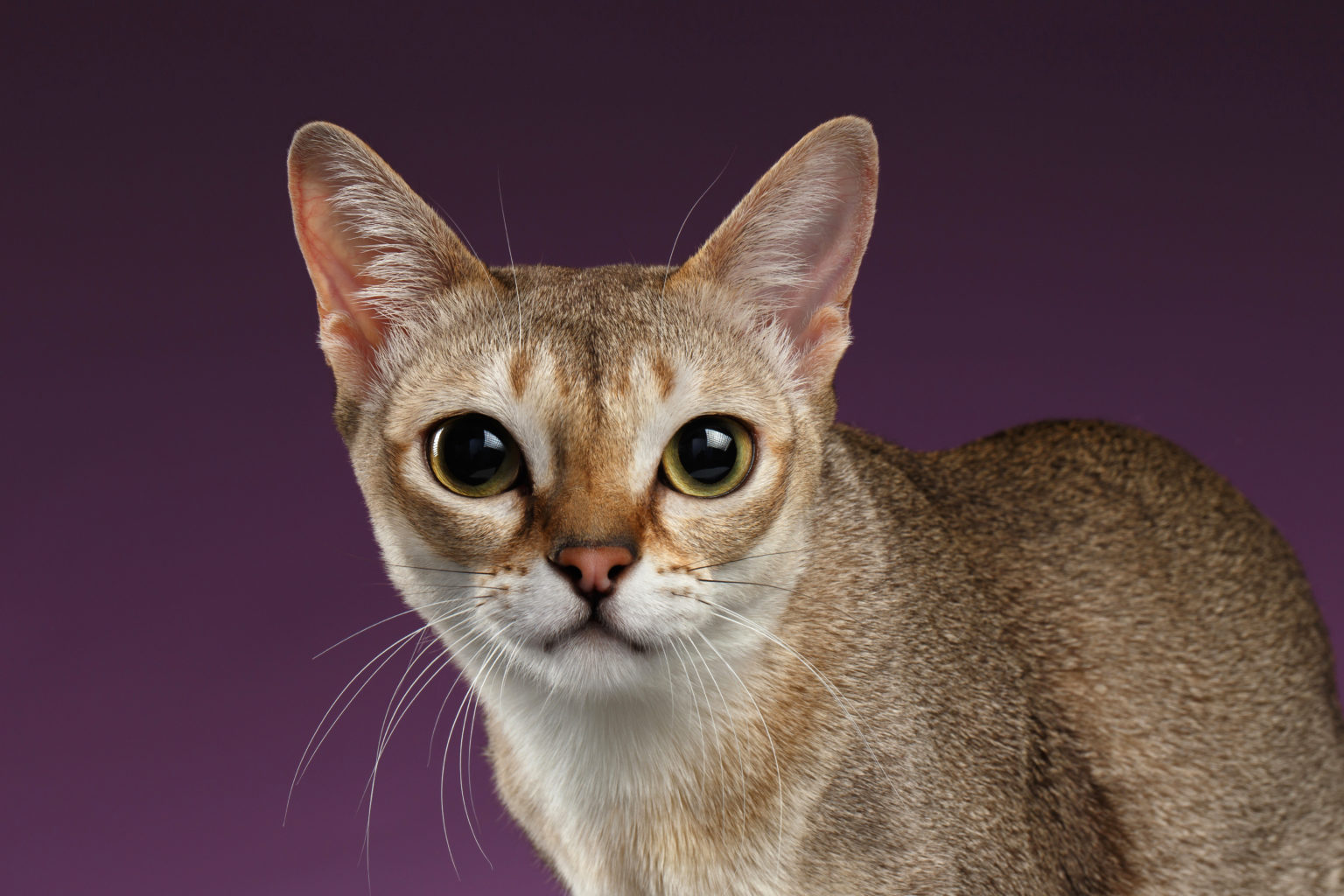 This medium-sized feline comes in one color and has short, silky hair. The Singapura has large, dazzling ears and eyes ranging from hazel, yellow, or green. They are referred to as “little lions of love” as they tend to want to please their owners. Fun fact! Not only are these one of the cutest cat breeds around, but they might be the most loving as well. 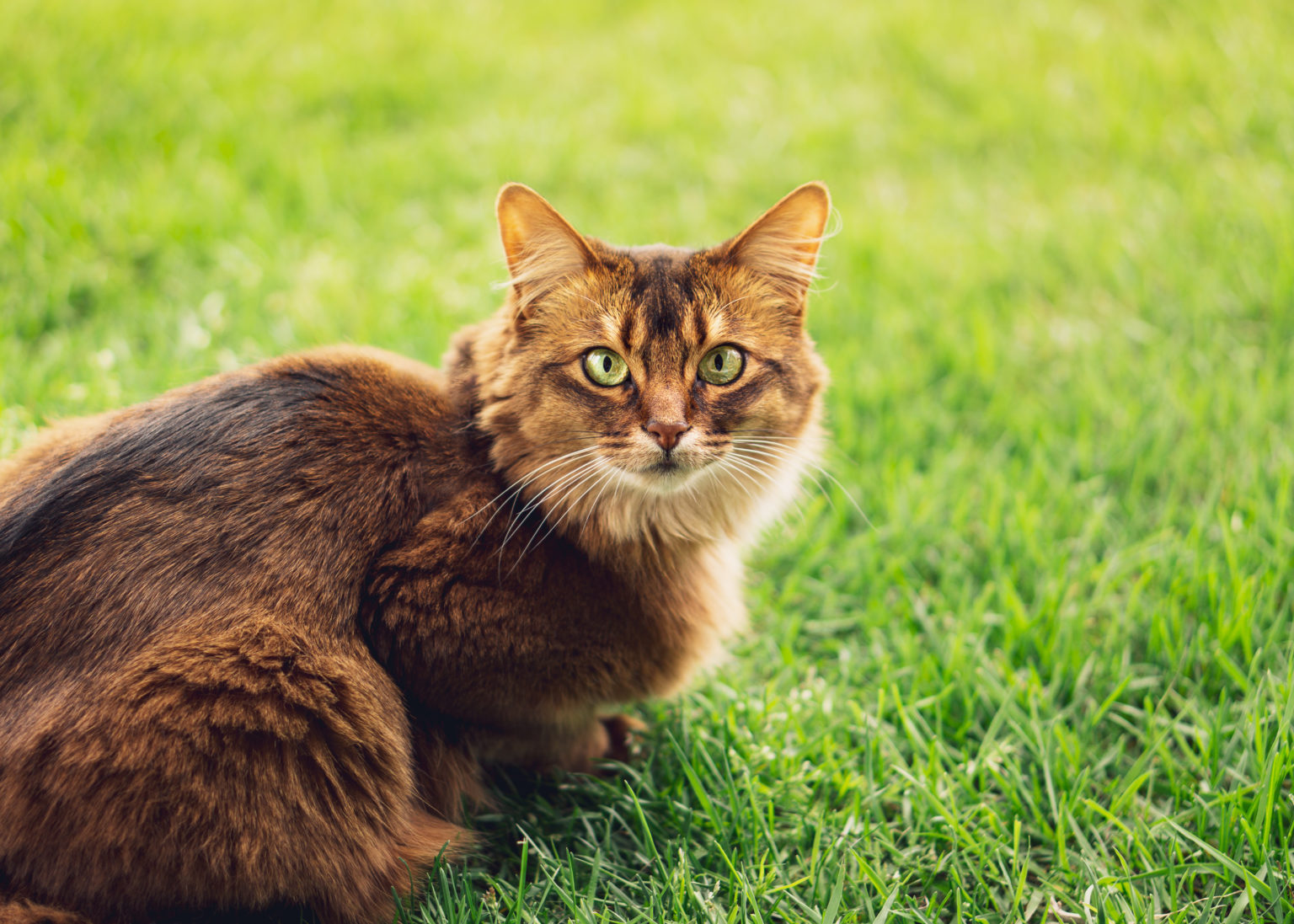 The Somali cat is a medium-sized cat with red, blue, and fawn colorings. Often referred to as “little fox”, the dark-colored bands contrast with the lighter ones, giving the coat a vibrant look. Its golden or green eyes and plume tail are also prominent features. The CFA states this feline is “a combination of beauty and personality.” 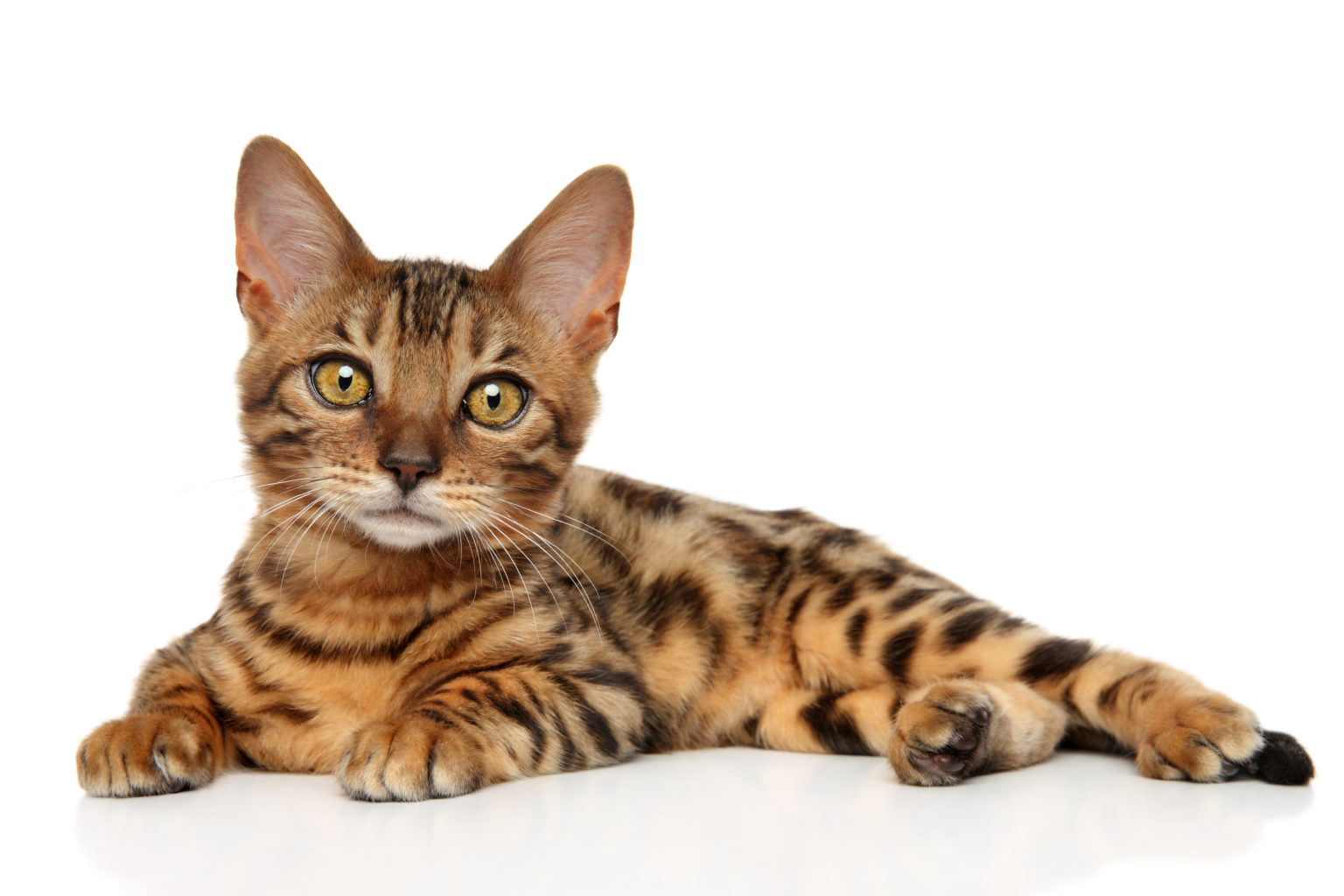 The Bengal is a lavishly colored cat with vivid markings, making it a great addition to one of the cutest cat breeds around. In addition to being handsome, its playful personality and intelligence make it a very family-friendly pet. These adorable cats are super active and get along well with other pets. Most Bengals love water, so they might enjoy watching you shower and won’t make a fuss when bath time comes around. 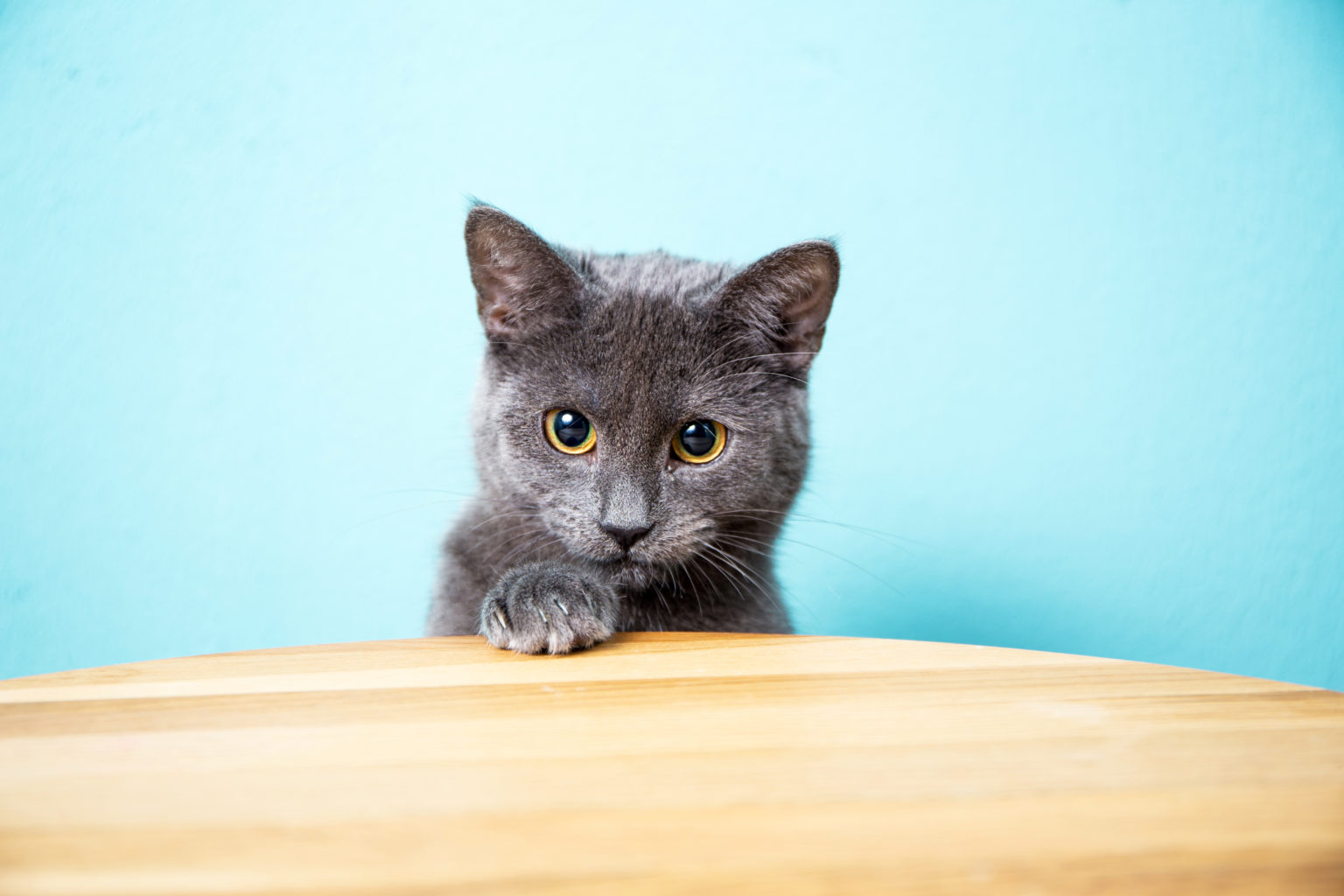 The soft, blue fur on this kitty stands out. According to the CFA, this cat’s history is linked to a Persian legend. The story goes, they were brought to French convents by knights returning from the Crusades. Some say they may have been named after the Carthusian monks. Some suggest that their name came from well-known Spanish wool from the 18th century. The Chartreux is reserved and makes soft chirping sounds when they are hungry. 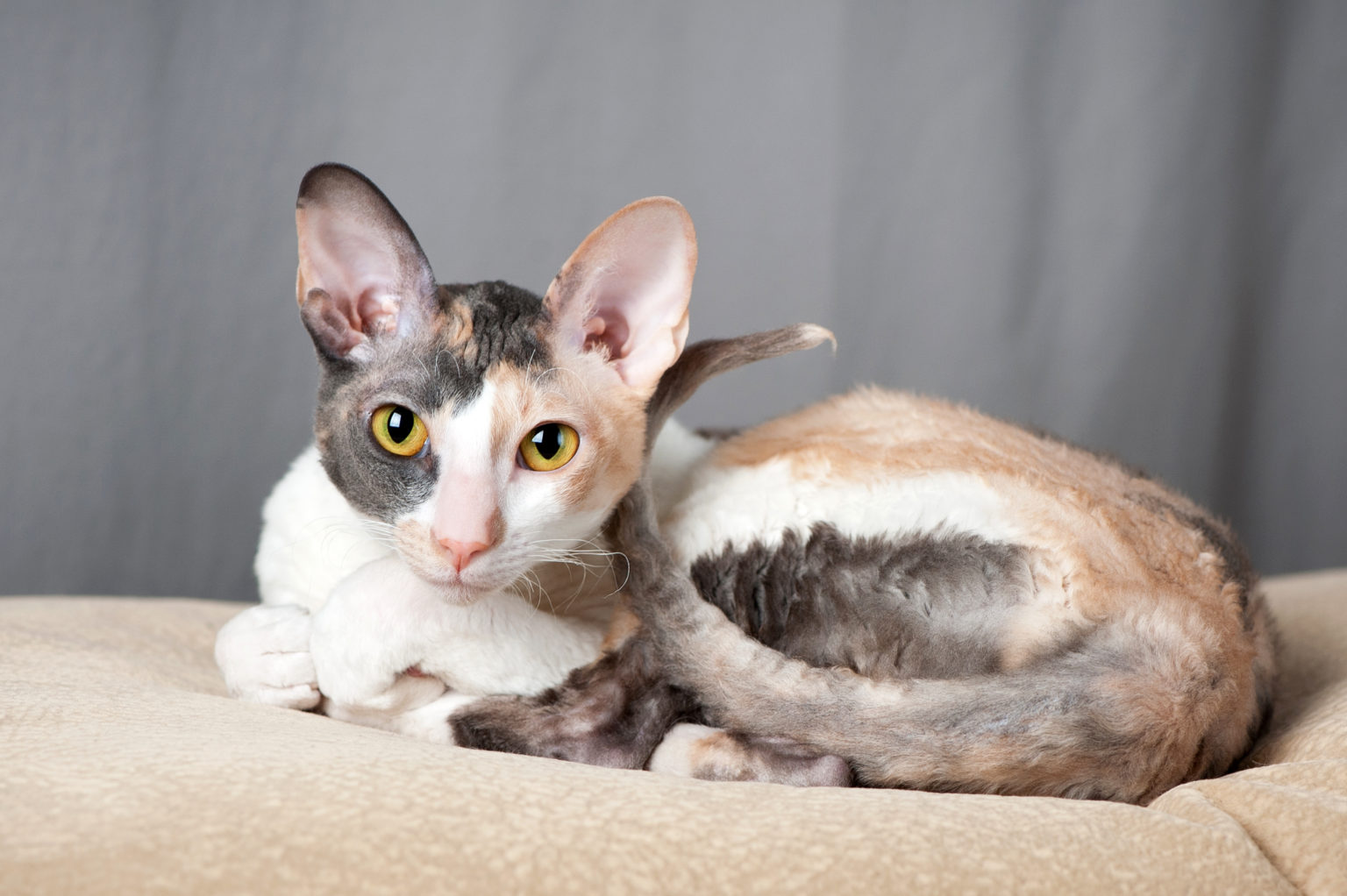 The Cornish Rex is distinguishable by its smooth, wavy coat. Don’t be fooled; this cat is heavier than it appears and surprisingly friendly. According to Petfinder, they crave attention as they are very active and spirited. They might even try to steal some food off your plate if you’re not looking. Fun fact! Avoid shaking a cucumber at them—it and other green fruits could scare them. 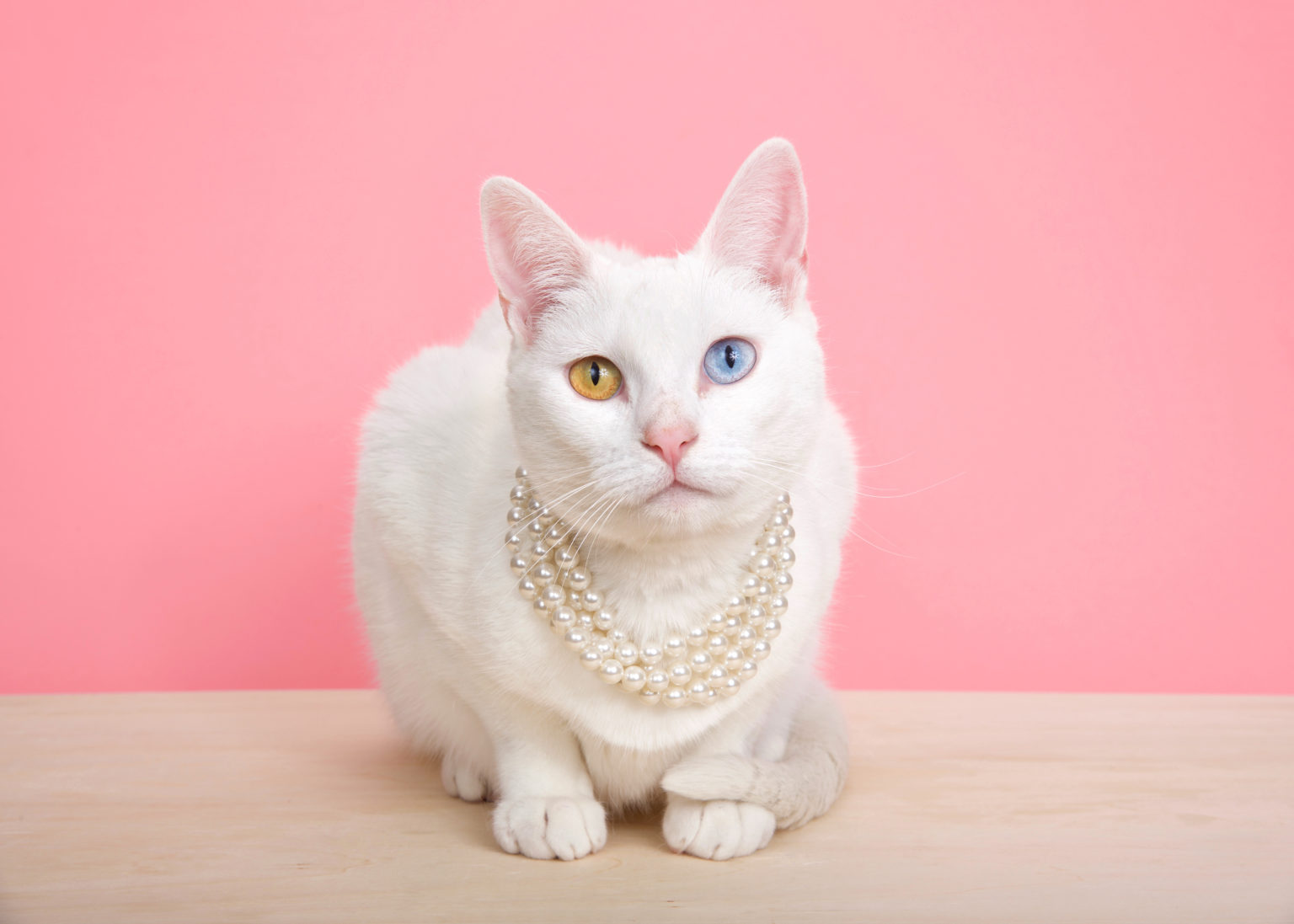 Originating from Thailand, the Khao Manee has earned its spot as one of the cutest cat breeds ever with its white color and bright, jewel-like eyes. Often referred to as the “White Gem,” these cats have been known to attract good luck. Don’t be fooled, they can also be mischievous at times, according to the CFA. 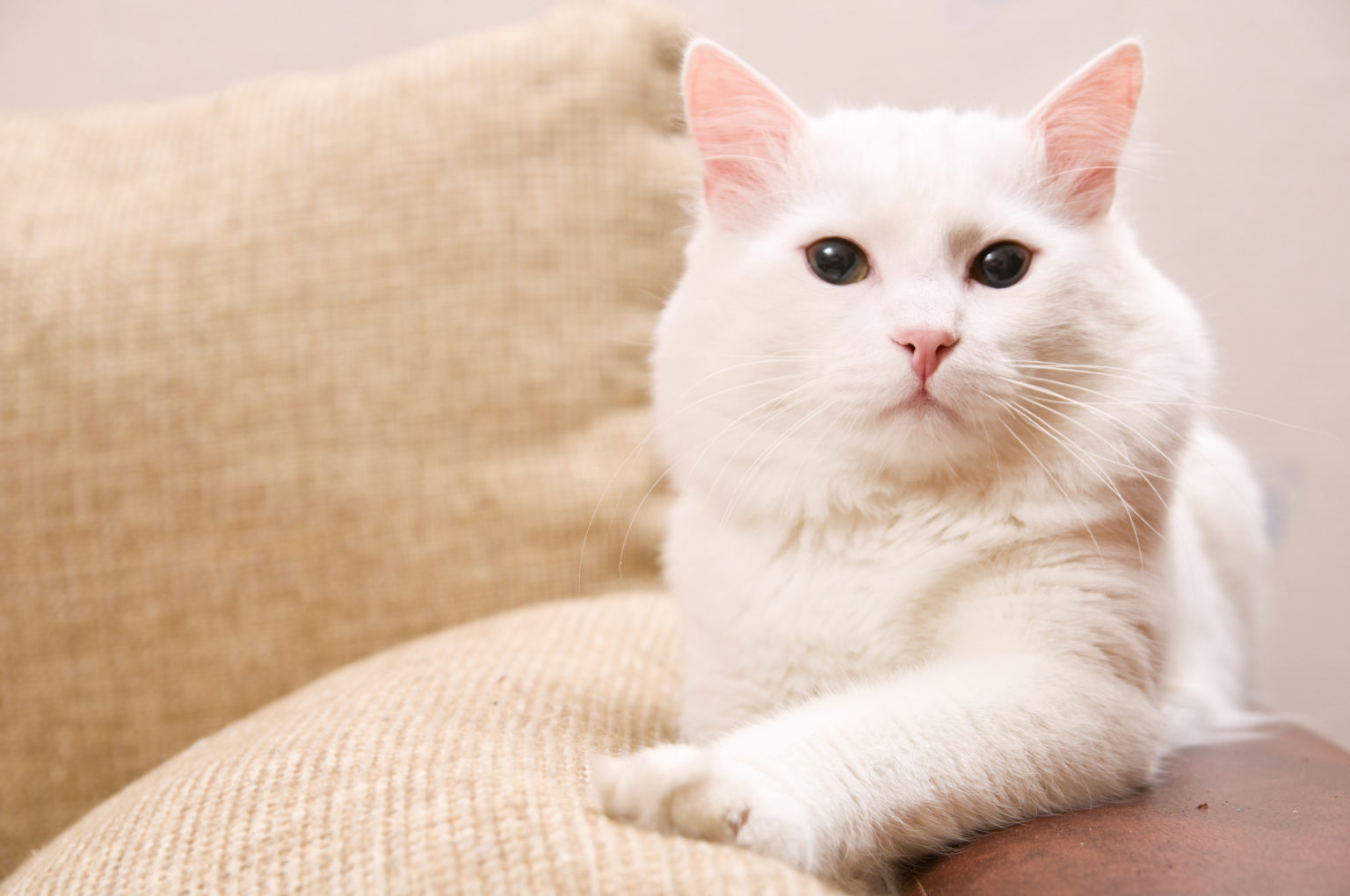 The Turkish Angora is distinguishable by its large, varied eye colors, ranging from blue or green to amber or sapphire. Its silky fur comes in a variety of colors: lavender, chocolate, the Himalayan pattern, or white. These cats get along well with other pets and with children.

We understand that appearance is subjective, but there’s no denying that some cat breeds are exceptionally adorable. This list doesn’t come close to the real number of cute cat breeds out there. These are just some of the cutest that we think would make great additions to your family. For more cute cat breeds, click here.