Why Your Cats Bite and How to Stop Them

Cats can be difficult little creatures. They’re practically unintelligible for non-cat people. But even for their owners, cats are still confusing sometimes.

Biting is a universal part of cat language with multiple meanings. Is it bad? Is it just playful? Honestly, it depends!

A dog that bites out of the blue – either unprovoked or while stressed – is a problem. But cat bite usually isn’t launching into a full-frontal attack. So, why do cats bite their owners for no reason? Let’s explore a few reasons and a few ways you can scale it back.

Why Does My Cat Bite Me? 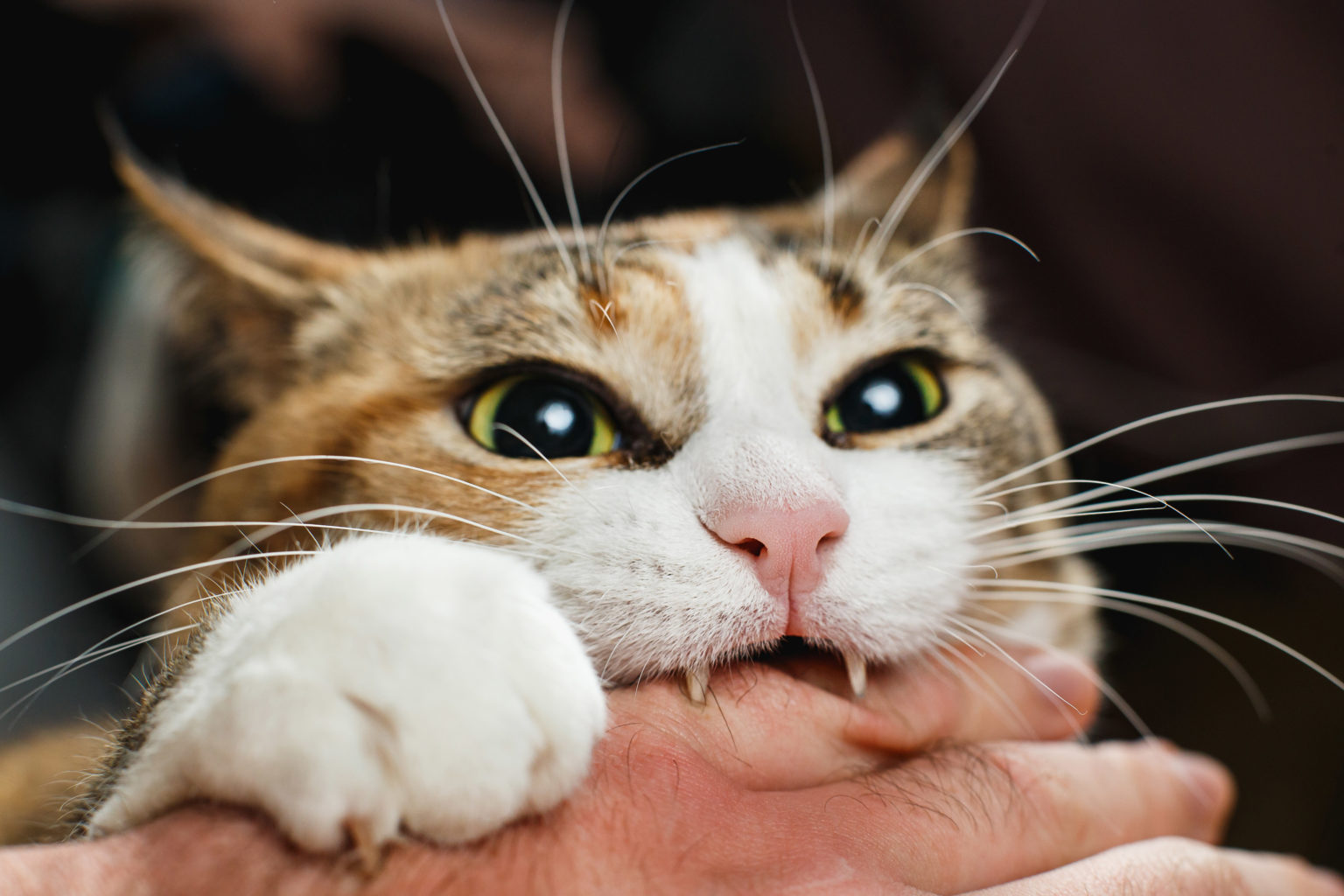 In short, it’s usually to communicate something. Not always, however — if you’re in the midst of play, for example, your cat may bite simply because you’re the prey it’s hunting. There’s also overstimulation, which is a communication of a straightforward and simple message:

Besides play and overstimulation, we can break bites down into several broad categories: age, aggression, attention, and affection.

Why do kittens bite?

Has your older cat suddenly developed a biting problem?

There are two sides to an aggressive bite.

Your cat may be trying to get its way (sort of through intimidation):

A true aggressive bite happens in response to a perceived threat.

Ever ask yourself, “Why does my cat bite me gently?” Perhaps a little nibble followed by a meow or scampering away, tail held high, while looking back at you?

If it doesn’t break the skin and it seems like your cat wants something, they’re just biting you so that you’ll pay attention to them. They’re like your friend balling up paper to throw at your head from the other side of the classroom.

Why do cats purr and then bite you? Well, are they still purring? If it doesn’t break the skin and your cat just gazes up at your adoringly, or starts kneading you, or was kneading you, and then started licking and finally gave a little bite, that kitty is in love.

It’s all a bit reminiscent of their kitten days with mama, where bonding through kneading, licks, and nibbles happened a lot. In a way, it’s still a bid for attention. They might want you to be a more active participant in the bonding and may give a little nip to encourage you.

How to Stop a Cat From Biting 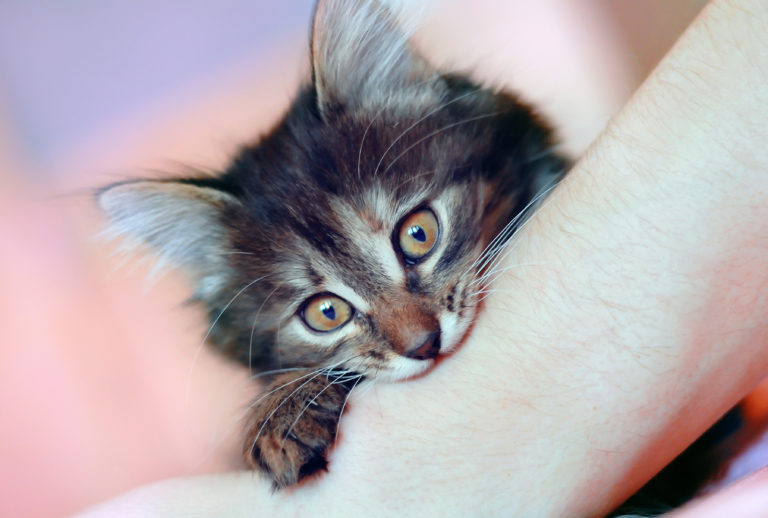 Why do cats bite? The reason can seem elusive, but there’s always an explanation. Once you learn the why behind your cat’s biting, you can begin convincing them why not.

Just remember that it’ll take patience and repetition. And sometimes, even the most well-behaved cat breeds might give in to instinct.